Vias institute and Austria’s road safety institute, Kuratorium für Verkehrssicherheit (KFV), use an  innovative method (eye tracking in a virtual driving environment) to investigate whether car drivers with and without motorcycle experience respond differently to motorcyclists in traffic.

Vias institute carried out a study in conjunction with the KFV. The aim of the study was to highlight differences in driving behaviour between car drivers with and without the experience of driving a motorcycle. To be able to research this in a controlled manner, the option was taken to conduct a driving simulator study in a Virtual Reality (VR) environment. Using VR as a research tool is relatively new. As part of this project we were also one of the first to use VR glasses that record eye movements. This makes Vias institute a pioneer in this particular research method. 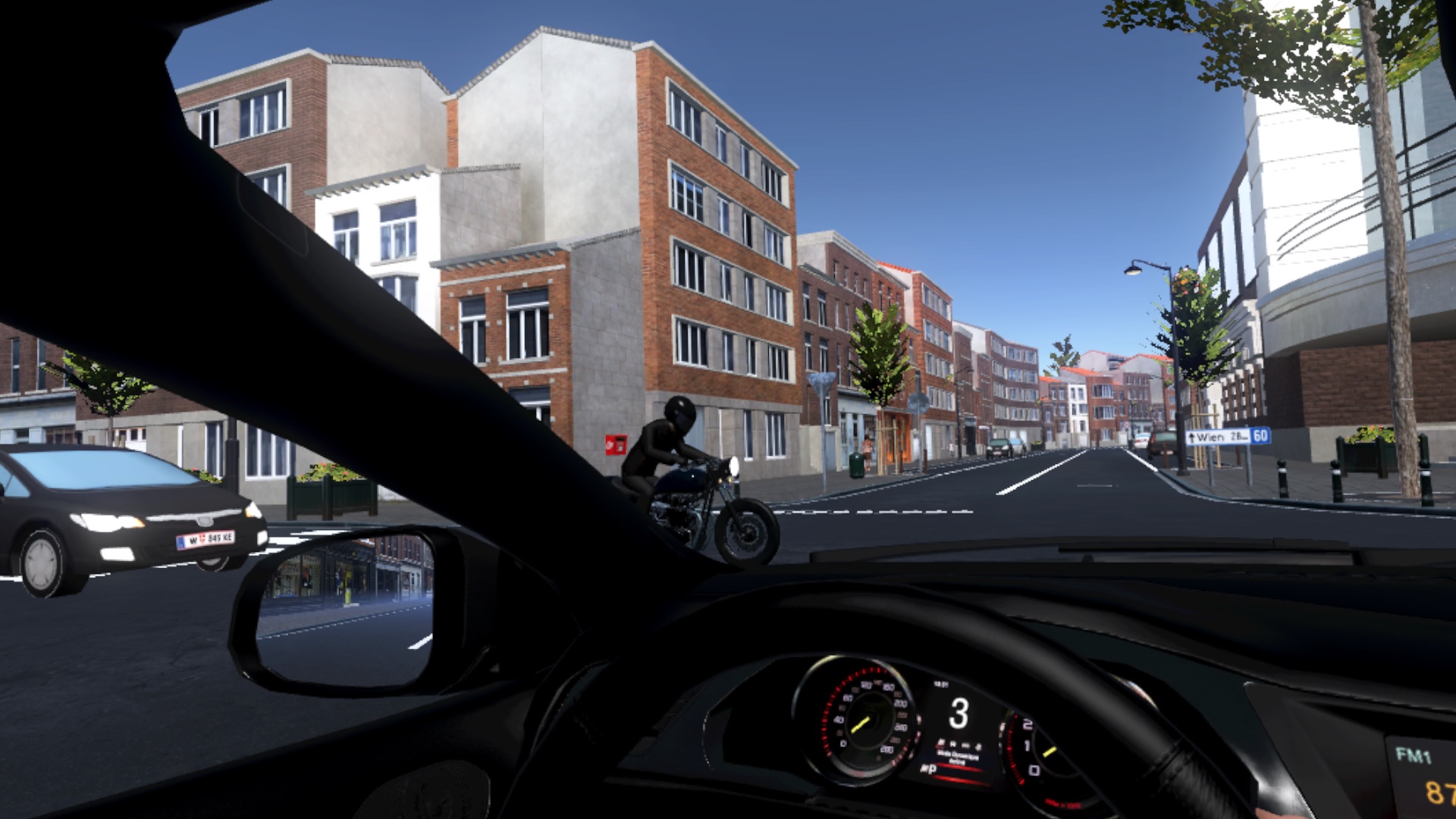 Vias institute was project manager for the study and developed the design of the test (in conjunction with the KFV). The hardware required (built-in eye tracking lenses in the VR glasses) was provided by SMI (Sensomotoric Instruments, Teltow, Germany). The technical support for developing the various scenarios for the VR environment was subcontracted to ActiveMe (Ottignies-Louvain-la-Neuve). The fieldwork was begun by Vias institute  in Vienna and then continued by the KFV. Processing the data and analysing the results was carried out by Vias institute.