First test in Belgium with a driverless shuttle

At the beginning of October 2017, Minister of Mobility, François Bellot, and Vias institute tested a driverless shuttle bus. It was the first time a test of this kind had been carried out in Belgium. These shuttle buses can pick people up and drop them off, stop if they come across an obstacle in the road and react to pedestrians and cyclists. We expect shuttle buses to be used frequently in the years ahead. In the coming months, the traffic regulations will also be modified, which means that from the beginning of 2018, we can expect to see tests involving totally driverless vehicles on public roads.

These environmentally friendly, driverless shuttle buses can carry around ten passengers and are ideal for covering short journeys independently. During our test, the shuttles drove at about 11 kilometres per hour, although in practice they can achieve speeds in the order of 20 km/h. They are currently being used in a ‘protected’ environment in which there is no interaction with other vehicles. All in all, it should be perfectly possible to use them in an urban context in order to reduce the number of journeys made by car. They are also ideal for use on campuses, at amusement parks and for carrying people, say, from a hospital car park to the main entrance of the hospital.

Good for road safety and mobility

In the future, there are likely to be two additional modes of transport: people driving their own vehicle to a specific location, after which they can take a self-driving shuttle on well-defined short routes to a city centre where no private vehicles are permitted to enter. They will provide a perfect supplement for today’s public transport and not only are these shuttles beneficial for mobility, but they are also good for road safety.

What happens is that these autonomous shuttles are able to detect other road-users, such as pedestrians and cyclists, so that collisions can be avoided on the routes the buses take. The shuttles are equipped with four LIDAR units that use laser technology to scan the surrounding area.

A number of inconvenient factors and limitations

As with any new technology, there are a number of obstacles that still need to be overcome.

Extreme weather conditions are a problem for the self-driving shuttle bus, too. Heavy rain, thick fog and, of course, snow mean that the ability of the lasers to scan the surrounding area accurately may be impeded. The batteries are also not equipped to withstand extreme temperatures, such as freezing cold or heat above 40° Celsius.

The public road infrastructure also needs to be improved significantly so that self-driving shuttles can detect traffic signs and lane markings on the road surface properly if they want to drive on public roads. The current situation could be improved thanks to projects for roads capable of communicating – but for this to happen, a great deal of investment still needs to be made.

Another important point is how many people will trust this type of driverless vehicle? Would they actually want to use it? It is the same trust that people had to gain just a few decades ago in lifts. Back then, a human operator was still required in lifts.

Communication from the shuttle with other road-users is crucial. How do pedestrians know that they have been detected by the shuttle and can overtake them? At the moment there are no clear signals sent by the shuttle to other road-users. The noise these shuttles make – or lack of it – is still a problem, too, particularly for people who are blind or with limited eyesight.

But whatever happens, driverless vehicles are the solution for the future. Their detection systems will ensure that road safety is improved, because the human factor, which is responsible for many accidents, will be reduced. And, of course, mobility will also take a turn for the better. To prepare for these changes, the council of ministers has already approved a ‘Code of conduct for testing driverless vehicles’ on public roads. This document is now being used as a guide for all of the tests currently being conducted in Belgium. Yet there is still a barrier for level 5 driverless vehicles. These are vehicles that drive around without a driver or operator on board.

At the moment these vehicles are still restricted to private land. Shortly, a new rule will be introduced into the traffic regulations, enabling the minister (or his deputy) as part of tests and in exceptional circumstances (and limited in time), to approve any rule in the traffic regulations.  This new measure will come into effect as soon as possible in 2018.

The borderline between tests on private roads and the public highway is becoming smaller all the time. For this reason we have drawn up a ‘Code of Practice’ and these types of vehicles will also be introduced in the new Highway Code. Over the past two years I have devoted much energy with my European counterparts in giving traction to the introduction of these autonomous and connected vehicles into our traffic. It is mainly on this level that essential issues still need to be resolved. It’s mainly about having harmonised legislation and technology to enable these intelligent vehicles to cross borders. But you can be sure that we will be combining all our forces with Europe and the rest of the world so that we can overcome this challenge.

This test of a driverless shuttle bus is a perfect example of the challenges that await the Vias institute. We are testing these shuttles here until the end of October and will be producing a report afterwards. When these shuttles will actually make an appearance on our roads is still a matter of conjecture, but we are sure that they will be driving around in our traffic at some stage in the future. We will continue to keep a close eye on these new innovations that will improve road safety and mobility. 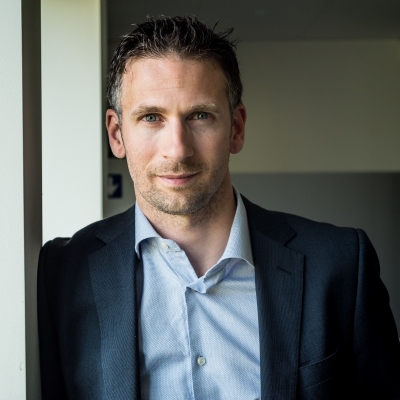