A 35-year-old father was on his way to a family party with his 2 toddlers. As the car approached the level crossing, witnesses saw how it ignored the red light and the crossing’s closed barriers. The train driver launched the emergency braking but a collision could no longer be avoided. The car’s three occupants died instantly... Fortunately, this is only a “crash test” with dummies, organised by rail infrastructure manager Infrabel and Vias institute. Unfortunately, accidents such as this still happen all too frequently. That is why the two organisations are launching this new and realistic awareness-raising campaign to save lives and make all road users aware that they should always respect road traffic regulations.

Collision between train and car at level crossing is shocking... but realistic

On Sunday 6 May, the rue de la Commanderie crossing in Frameries (Bergen) formed the backdrop to the new campaign on rail and road safety. On the railway line between Bergen and Quévy that had been taken out of service during the “crash test” and on which no trains run on Sunday, an area of 2 km was closed and guarded by police and railway staff to ensure that the “crash test” took place in complete safety.

An empty locomotive (85 tonnes) was pushed from Frameries by a manned locomotive. 500 metres from the level crossing, the empty locomotive was released, after which it collided with the stationary car (1,000kg or 1 tonne) at the level crossing at a speed of 75 km/hr . As planned, the locomotive hit the rear of the car, causing it to spin and then come to a standstill next to the track, severely damaged. Bits of wreckage from the car were flung around and scattered many metres around the wrecked car and next to the track. The locomotive itself stopped 150 metres after the collision.

During the crash test, the driver (father) and the two occupants (toddlers) were killed... but this time it was fortunately only dummies (mannequin dolls).

The crash test and campaign was devised entirely by Infrabel and further developed in close cooperation with Vias institute, the local fire brigade, the local police, the federal railway police and Securail (SNCB). Prior to the actual crash test, dozens of preliminary safety tests were carried out. A total of 160 employees were involved in the field and/or behind the scenes to ensure that everything went safely and smoothly.

Transversal crash test campaign is unique and a world first

The fact that each partner has, based on its own specialist field, tested and researched particular security aspects which are used in their own communications, makes this transversal campaign unique. Moreover, it is also the first time that a crash test has been organised for scientific purposes and in view of improving road safety: a world first.

For many years, Infrabel and other authorities have been pointing out the risks of dangerous behaviour at level crossings: an accident occurs at a level crossing in Belgium nearly every week and almost once a month, a road user dies in one of those accidents. Non-compliance with road traffic regulations is a real problem in today’s society. With this new campaign, Infrabel, Vias Institute, the fire brigade, the federal railway police and Securail are joining forces to make everyone aware of the need to respect safety at all times and everywhere.

The scenario and images of the crash test (filmed by 3 drones and 20 cameras around or in the car) provide the basis for the new security campaign, which will be distributed on a large scale by the partners via their own channels, including social media (website, Facebook, Instagram, YouTube, twitter, etc.). The campaign will also be used in a variety of awareness-raising and safety promotion activities (training courses, lessons in schools, police and traffic days, events, etc.).

Sensors used by Vias institute have established that the impact on the car is enormous, especially during the first second of the collision between the train and the car. The car is very quickly thrown in all directions and its body is subjected to forces many times its own body weight.

In less than a quarter of a second, a peak of 60 G is measured by the sensors mounted on the car. Part of that impact is absorbed by the vehicle. Nevertheless, a large part of the ‘acceleration’ is transmitted to the occupants' bodies, especially to the person closest to the place of impact.

This means that the people in the car are subjected to pressures approximately 60 times their own body weight. In other words, an individual weighing 70 kg sustains an impact of more than 4,200 kg. For the purposes of comparison: a trained F16 pilot can handle up to 9 G. This is 6 to 7 times less than the impact caused by a collision with the train.

The vehicle does not come to a halt until 3 to 4 seconds after the collision. The chance that someone will come out of such a collision alive is therefore very small, even virtually non-existent. In reality, the trains that were used during this test also often run faster than the 75 km/hr.

Your life is really worth the wait: so always respect the highway code. This means that you must always stop at a level crossing when the red lights flash, the bell rings and the barriers are closed or in motion.

Statistics show that it is necessary to insist on these safety messages constantly. In 2017, there was an increase in the number of accidents at level crossings (51 accidents - 9 fatalities) and the number of people walking on or along the tracks (807 reports - 7 fatalities). This means that 16 people lost their lives last year due to non-compliance with road traffic regulations or careless behaviour at level crossings and along the track.

In addition to infrastructure measures (such as fences, cameras, anti-trespass panels, bridges/tunnels and bicycle paths to replace level crossings, etc.), Infrabel is also constantly working on awareness-raising campaigns and safety promotion activities (such as The Floor: a virtual experience of track walking).

The other partners involved also used the crash test to practise certain safety aspects in the field.

The local fire brigade, for example, used specialist equipment to carry out the necessary interventions on and around the railway infrastructure. After the “crash test””, they were also responsible for the evacuation of the various dummies (mannequin dolls) from the car.

The federal railway police used the “crash test” to train young police officers during incidents such as implementing the correct measures, taking the measurements required during an investigation, taking sketsches and writing a report.

Securail, SNCB's security service, was responsible for monitoring level crossings on the section of the crash test and for securing the site itself. In their day-to-day work, they regularly have to deal with the unsafe behaviour of people who want to cross the tracks while the level crossing is closed.

Infrabel and Vias institute would like to thank everyone for their cooperation and mobilising their teams. 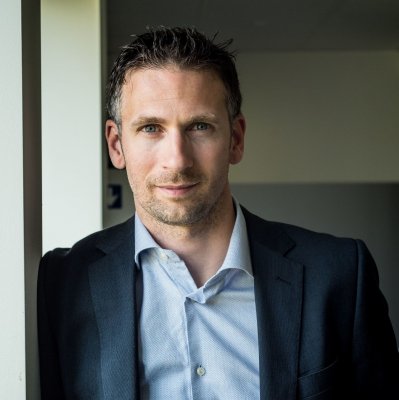